Yoga at 5:30----way too early.  Especially when the class was lackluster.  I prefer the vinyasa flow classes and had not attended a more traditional bikram style in almost a month. Still, I completed it, showered and had my morning coffee.  I ran into a girl that I work with and was curious to her thoughts on the class.  Ironically, I would hear from her later in the day.
Anyways, I head into work, prep for the day and upcoming weekend.  I wore a skirt since my boss continually tells me that I look like crap when I work.  He comments that I look only look nice when I am wine tasting.  There is a little bit of truth to that...I digress.
I met a couple reps to taste wine and found myself at work til about 7.  I had dinner plans with a girlfriend to celebrate our version of anti-V Day.  Christina suggested vietnamese and since I had not found a place in the Valley yet, I was all for it.  I had a glass of wine with with a few of my co-workers and planned my departure.  I was hungry and hoped to move up our meet up to closer to 7 as opposed to 7:45.
B.Sing with co-workers and I found myself wanting to cancel my dinner date.  I was tired from the yoga class and the fact that I had only slept 3 hours the night before.
I gave my girl scout cookies away.  It was never my intention to take them home.  I only wanted to contribute to one of my co-worker's cousins girl scout rally.  I miss the days when Kellen would e-mail me for my contribution to her troop.  I would make a cash donation and not worry about eating the cookies.  Yes, I enjoy the cookies.  I just don't want to have a box in my house.
So, I drove to Phoenix and parked at another restaurant.  Lame, I know, but there limited options at the eatery.  I met Christina at the crowded bar.  She ordered spring rolls and we talked about our respective days.  I mentioned my early morning yoga class, wine tasting and the wedding that I will be attending on Sunday.  I must go gift shopping and figure out my attire as well.  There are a couple of options or I suppose I could shop for something new.
A few glasses of prosecco later, we tried Pho.  She chose the beef version while I opted for the vegetarian.  Corn, shiitake mushrooms and bean sprouts.  Delicious.  The experience was great.  Made even better when we asked for the check and someone had taken care of it for us.
WTF?  The bartender told us it was in honor of the Sandy Hook schools.  There is a  movement of kindness going around.  I have seen it, in action, and been the messenger to tell the guest that there tab had been taken care of.  I just had not been the recipient until last night.  It was so nice, unexpected and kind.  We both stopped to consider how much the tab had been and noted that we had had little or no interaction with this couple at all.  They sat to my left and I remember them saying they were waiting for their car to pick them up.  Smart to be responsible to say the least.
I wish I had paid more attention to them.  Stopped being caught up in my own reality and seen the beauty around me.  Pure kindness with no desire to see our reaction.  The conclusion to my 2013 Valentine's Day was lovely.  Unexpected and Kind.
I will make more of an effort to smile at others and pay the kindness forward.  Cheers to friday!
Posted by harmony at 8:37 AM No comments:

I love my wine class.  I am inspired.  Every Tuesday, early morning, after a coffee and bagel.  I drive to west Phoenix and listen to a history of wine.  Then, we taste.  Yesterday, we sampled six different french wines.  Vouvray, cotes du rhone, syrah, bordeaux blend, chardonnay and a beajolais.  Delicious!
However since it is mandatory that I attend, I am shackled to being in the Valley for the time being.  No spontaneous/impulsive trips which I live for.  Very sad in my world.  I miss the freedom of discovering new eateries and destinations.  Maybe I can attempt to take a weekend off to balance.  I don't know if I can sustain ten weeks without a little bit of freedom.
Yoga does help.  I have continued the challenge and complete 37 days.  Tomorrow presents a challenge.  I work at ten a.m. and then I have dinner plans.  Vietnamese--I think.  The available classes are as follows--5:30 (ouch), 9:15 (cannot go due to work), 4 (still at work), 5:30 (maybe depending on my departure time) or 7:30.  I have dinner plans.  So, I suppose the best option is 5:30 a.m. 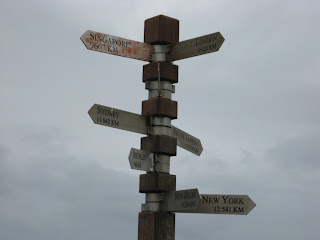 I want to continue my challenge and so I guess I will be getting up, super early, to do just this.  Everyday is an opportunity to be kind, compassionate and happy.  Yoga helps remind me to be kind to myself.  Travel keeps me focused/sane/balanced. Wine keeps the conversation lively and adds to meals.  I am happy, today.  Are you?
Posted by harmony at 9:48 AM No comments:

Goal reached and thinking about the next challenge of 2013.  I completed 30 consecutive days of yoga and I feel incredible.  Midway through the challenge, I considered stopping.  But the idea of 29% off of a new yoga package enticed me.  I'll admit the discount is what prompted me to consider the 30 day challenge in the first place.  Then, I started it and experienced the benefits of daily yoga.  Physically, I felt better.  Mentally, I felt calm and my focus shifted.  No longer was it about the discount.  I looked forward to attending the noon vinyasa flow.  I rearranged my daily schedule to include yoga, easily, and for the future.
I talked to one of the owners of the studio I attend and she said, you know, it is incredible that your completed the challenge.  It takes a time commitment (yes), but it isn't the most challenging thing I have set out to do.  I ran a marathon and that, to me, is a true time commitment.
This commitment to the challenge has motivated me to include yoga in my daily life.  I am concerned that I will purchase an unlimited package and then retreat from the practice.  In the past, I have done this.  I need to factor in upcoming trips and how much of a time commitment I want to make.  I believe the 3 month package would be sufficient.  A year seems extreme.  I don't know if I will be here in a year or elsewhere.  ^ months, even, seems long.  Plenty can change in six months.  Yea, three seems the best way to go.  I must begin running, too.  There is a half marathon in Santa Barbara that I signed up for.  Sara Jo, the Goddess and three of my Italian friends will be joining me.
I feel amazing.  I am so glad that I chose to do the challenge even if it was financially motivated in the beginning.   I managed to practice in spite of being hungover on a few occasions, too.  That's something.  In the past, I definitely would have stayed home to recover.  The mind is extremely powerful.
Now, I am thinking about the next challenge.  Should it be another physical challenge or mental?  Til I decide, I will continue to practice yoga, drink wine and enjoy life.  Life is grand~
Posted by harmony at 9:26 AM No comments:

Sometimes, I am lazy.  Shocking, I know.  Especially, when I consider how little I blogged last year.  Yes, I can be lazy.  My sister, Jade, had a birthday on christmas.  I know when it is, obviously, as we have celebrated her birthday and christmas since she was born.  I sent her family my gift for christmas and then I considered what I could get for her.
Honestly, this year, she called me and told me that she wanted to train for a half marathon.  I could hear the excitement in her voice as she detailed her training plan.  I asked her what shoes she would use and she didn't know.  I suggested going to a running store and having a gait analysis done.  Since she lives in Eugene, Oregon, I knew there would be stores committed to running as it is the home of Pre.  I also told her that I wore Saucony's, liked Asic's and thought Brook's were also great shoes. They just don't suit me the way that Saucony's do.
Anyways, I had a plan and then time got away from me.  I looked on-line at their local running store and didn't see any links to purchase gift cards.  I believed it would be an easy transaction.  I called them yesterday to purchase a gift card.  I really want my sister to have a nice pair of shoes for running.  I want her to commit to her goal.
Imagine my dismay when the guy on the phone tells me they don't really suggest that method.  I stopped and thought, how difficult is it to charge my card, send the gift card to my sister and a copy of the receipt to me?  The kid explained that if it got lost in the mail they would not honor the gift card.
What?
As an alternative, he suggested that I purchase store credit in her name and she could redeem it as a member.  She's not a member of the store and so that isn't a solution.
I told the kid I would consider my options and got off the phone.   I thought about calling Michaela to have her get the gift card on my behalf.  However, why am I jumping through hoops to get a simple gift card?  I am not buying a card from them.  I just need to re-think the ideal gift for Jade.  I don't want to send her a check.  I really wanted to contribute to her shoes.  I am proud of her for seeking out the half marathon and know she can do it.
I am frustrated in my inability to suss out the store's negligence until now, too.  I am lame....
Posted by harmony at 9:02 AM No comments: